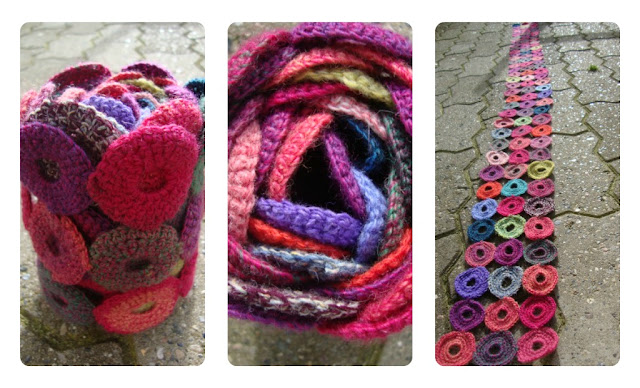 Oh yes, I'm still making the little colourful circles. I don't know if you can tell that the scarf has become longer. The photo looks a lot like the one I took a while ago!

I almost don't know what to do, when I finish the scarf. It's been such a cosy job. So now I have decided to make it a wee tad longer.
Even though I look forward to making the border, which will surround the many circles.

Maybe it's time to reveal that I have bought the Jawoll Magic yarn in a green version. One wouldn't know whether I got the urge to make another circle scarf some day... 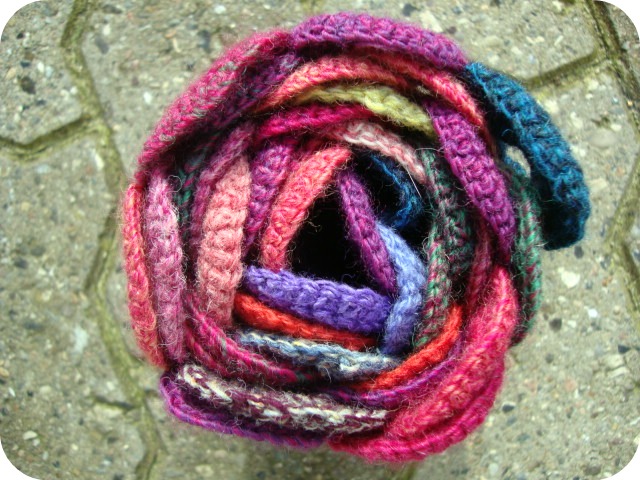